Pilates has gained much popularity in the last two decades, but its origins date all the way back to early twentieth century Europe. Born in Germany, Joseph Pilates endured a childhood plagued by illness. His experience coping with asthma, rickets and rheumatic fever molded his future dedication to fitness and to the exercises we use today.

Even as a young man, Pilates was determined to overcome his ailments and live a healthy lifestyle. Accordingly, he studied anatomy, Eastern and Western exercises, and engineering, which would later come in handy when he began designing fitness equipment.

While in London at the outbreak of the World War One, Pilates was placed in a German national internment camp, where he developed a series of floor routines that focused on alignment, balance, flexibility, core strength and mental focus. He taught his fellow prisoners his concepts and exercises, which became what we know today as Pilates Matwork.

Pilates was later transferred to another camp where he acted as a nurse and caretaker for those with wartime disease and injuries. He put his engineering skills to work when he began experimenting with rigging springs and pulleys onto hospital beds in order to better rehabilitate his patients. This equipment and the accompanying exercises were the precursor to the modern day Pilates workouts on the Cadillac and Reformer.


After World War I, Pilates moved to New York City and married wife Clara. Together, they opened a fitness studio that gained a strong following among the city's professional dance community including George Balanchine. During their time in New York, Joe and Clara trained many of the "Pilates Masters" who would further his work and bring Pilates to future generations. This group of students included Kathy Grant and Romana Kryzanowska who would later go on to train Bridge Pilates owner Blossom Crawford among other Bridge Pilates instructors.


For a fun animated history of Pilates, watch this video!

To learn more about this Joe Pilates and the origins of the Pilates method, visit:

"One size does not fit all" - Kathleen Stanford Grant 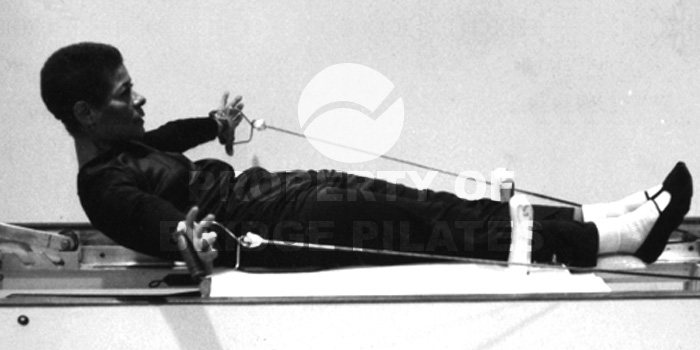 Kathy Grant was a first generation, Master Pilates Teacher. She is often referred to as a Pilates Elder (someone that studied directly under Joseph Pilates). One of two people to receive their certification from Mr. Pilates, Kathy was a pioneer and known for being a great innovator in the Pilates community. She lived a full life as a professional dancer, arts administrator and Pilates Teacher.

The following timeline highlights her personal achievements and the contributions she made to the fields of Pilates and dance. It also notes the longstanding relationship she had with Bridge Pilates founder Blossom Leilani Crawford.

Click here to read more about Kathy Grant's life and her affect on Blossom's. 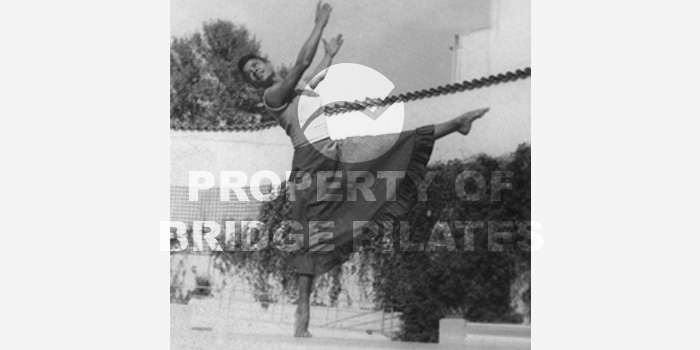 1970 - 1972: First Administrative Director and Company Manager of Dance Theater of Harlem as well as Resident teacher.

1971: Served on the Dance Panel of the National Endowment for the Arts.

1993: Introduced to Blossom Leilani Crawford, a freshman dance student at New York University Tisch School of the Arts, who would become her protege and close assistant for 17 years.

1996: Requests Blossom serve as her assistant and Pilates demonstrator for her morning Matwork class at NYU.

1999: Advises Blossom Crawford to get a teaching certificate through a private study with Romana Kryzanowska.

Bridge Pilates is by far my favorite Pilates studio! I've worked out at other studios, but Bridge has the most friendly, intimate vibe I've experienced. But best of all: You get results here! The first time I met my instructor, Dylan, she diagnosed a tendonitis in my ankle that I was unaware of just by watching me walk! We worked together to strengthen the ankle, and I'm fine now...